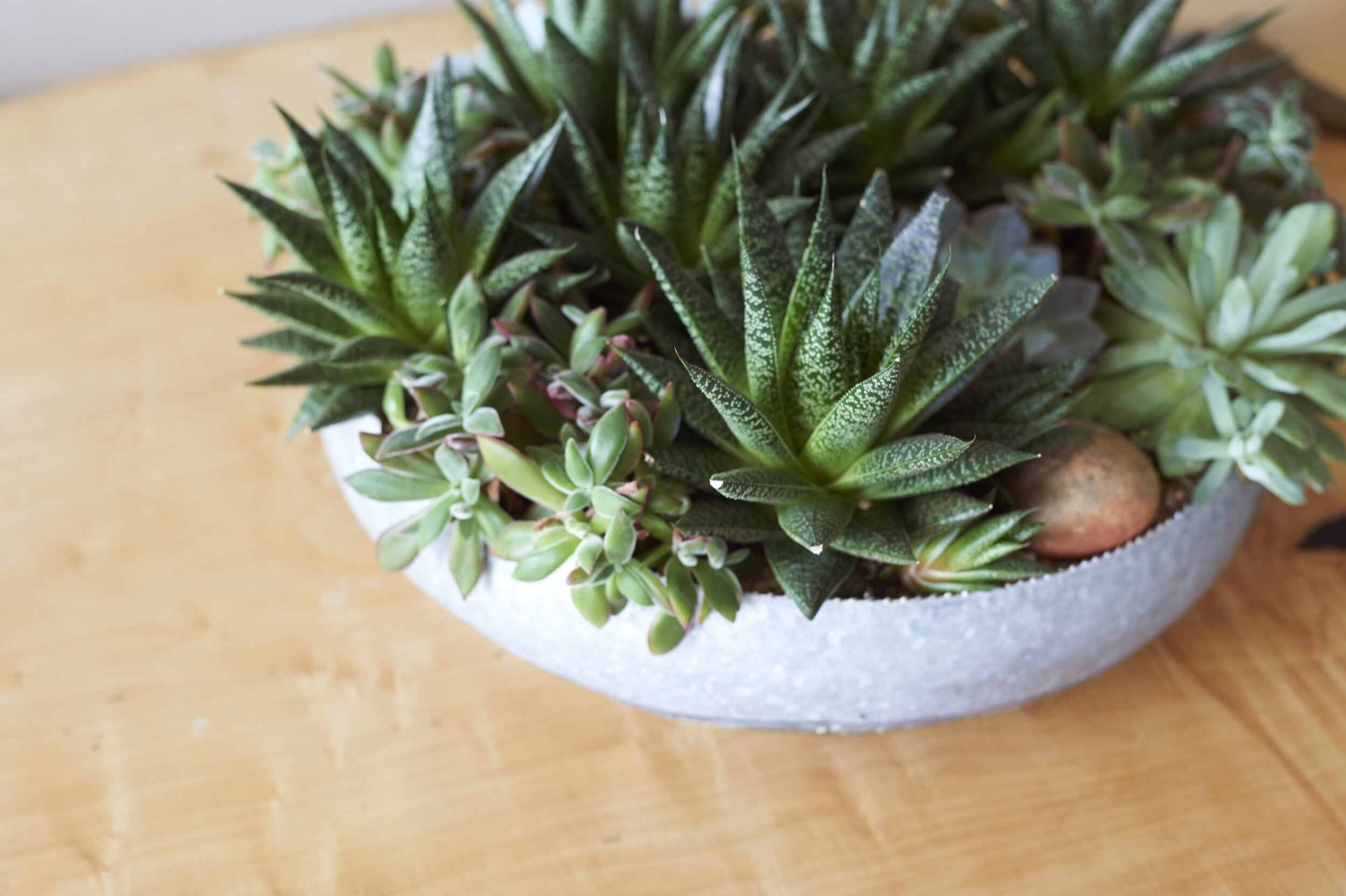 As interior designers, we operate from an awareness that because we create the built spaces that our clients inhabit, we exercise tremendous influence on their lived experiences and the ability to make a tangible difference in our clients' mental, physical, and emotional health. (1) While it is easy to accept this as a given in more passive terms, there is an increasing necessity around the active, rather than incidental, cultivation of safe and healing built spaces. At Sarah Barnard Design Studio, we aim to bring an inclusive and trauma-informed approach to home design.

Between 1995 and 1997, Kaiser Permanente conducted a study looking at the health effects resulting from the trauma of Adverse Childhood Experiences (ACEs). (2) The parameters around this study were narrow, focusing primarily on abuse, neglect, and domestic strife, without including factors such as trauma due to racism, deportation, illness, or war. The study's participants were also far from a broadly representative group, with nearly 75% of participants identifying as White. Yet, even within these minimal boundaries, the findings were stark—approximately 66% of the study's participants reported ACEs in their personal histories.

If we consider the types of trauma the study excluded and the adverse experiences that occur in adulthood, the implications of this study are significant. It is fair to assume that traumatic experiences are widespread among adults. Particularly in the context of the Covid-19 pandemic, the mental and emotional fallout of which we are only beginning to understand and measure, addressing the effects of trauma has taken on a new urgency.

Much of the discussion around trauma-informed home design has focused, understandably, on public and institutional contexts often directly connected with health and social services (3). As understanding around the way that physical spaces affect our mental, emotional, and physical health have expanded, so too has demand for spaces designed with health and healing in mind. Where once function and safety were the primary concern in, for example, mental health facilities, home designers are now looking at how to make these spaces soothing and restorative.

Knowing what we know about how widespread the experience of trauma is, it is reasonable to expand our thinking beyond institutional spaces and apply the principles of trauma informed practice to home design, as well as to the way we interact with clients. Our goal is to create spaces that manage the effects of trauma by reducing sudden sensory arousal, while also being actively healing and restorative.

This process begins with creating a safe and inclusive environment for our clients from a project's inception to completion. While it may be safe to assume that most adults carry some form of trauma with them, we don't know what a client's background is unless they feel safe to tell us. We aim to approach our clients with a sense of inclusiveness and sensitivity, allowing ample space to voice their needs. A certain amount of vulnerability and humility lies on us as designers as we hold ourselves accountable for maintaining this safe space for our clients. This accountability allows us to create homes that are not only aesthetically pleasing but also personalized and inclusive to each individual and their needs. As designers, we must keep an open flow of communication between ourselves and our clients, ensuring that communication remains understood on both ends.

Creating an inclusive space starts with mindfulness and care around the way we communicate(4). There is no default listener. Our intention is to allow people from all walks of life feel heard and understood. We are committed to educating ourselves on inclusive language, as certain words may carry racist or ableist subtext. Finding alternatives to non-inclusive language is one component of this, and it helps to avoid language that presumes the ethnicity, gender identity, or experiences of the listener. To maintain our goal of holistic inclusion throughout our studio, we apply these communication values to our client interactions, internal conversations, and interaction with vendors. By holding ourselves accountable even out of sight of clients, we ensure that inclusivity remains a core principle of our studio.

When we begin each project, our goal in taking a trauma-informed approach to home design and decorating includes finding ways to reduce sensory overstimulation. Sensory triggers can be hugely disturbing for neurodivergent people (particularly those on the autism spectrum), as well as people with chronic migraines, Post Traumatic Stress Disorder, Alzheimer's, and other chemical or sensory sensitivities (5). Spaces designed with inclusion in mind for neurodivergence and disability will create an environment that feels safe for all users along various spectrums of need. However, even neurotypical people can experience stress from sensory overstimulation, impacting their health and emotional resilience (6). We address this need in home design by creating varied paths to shelter from intrusive sounds, odors, and light. In addition, we empower our clients to limit and customize their exposure to sensory stimuli (7). One way to achieve this is to create smaller sensory retreats within the home, balancing the calming quality of openness with the comforting sense of being enveloped. We use color psychology, textures, and other sensory elements to comfort our clients. Some of this may overlap with general design knowledge of what is considered calming, and some may be specific to each client's taste and sense of comfort.

Our goal as a studio is to create spaces where clients can relax and restore their senses. We achieve this in our projects by intersecting the client's sensory needs with their aesthetic tastes. There is much importance in including art in the spaces we design. At Sarah Barnard Design Studio, art is considered an integral part of home design. Great care is taken not only in the selection of art but also in how and where it is displayed. That said, while there are general notions of what makes a piece of art soothing for a viewer, from the color to subject matter. Ultimately, the most crucial factor is what the client wants to see every day. Clients will benefit most from seeing art that evokes a sense of calm or happiness; however, what that can look like varies widely from person to person. As designers, we offer our guidance and expertise in selecting art for the home.

We can achieve restoration through home design by providing access to nature and integrating natural themes into the spaces themselves. The biophilic design movement has focuses on making nature an integral theme in the home. Biophilic design has tremendous benefits for our emotional, mental, and physical health (8). Views of nature, particularly ones that provide a sense of continuity with the indoors and outdoors, can be one way to achieve this. Prioritizing the use of natural and organic materials can also promote restoration and wellness for our clients. A connection to nature can be undermined by toxic materials that are produced in ecologically harmful ways. On a more symbolic level, we can incorporate nature into an indoor space through organic imagery that evokes the natural world through shape, texture, and color.

Recently, our homes have become even more of a center point in our lives. For many of us, our home has become a workplace, school, and place for recreation all at once, increasing the need for therapeutic and restorative spaces within the home. Unfortunately, mental and emotional restoration has become harder to achieve now that our homes serve more functions than ever. As designers, we must be creative in our approach. We can create boundaries in the home without putting up walls, for example, using a screen to designate an area as a workspace, where the day's stressors can remain out of sight when it's time to relax. We can place extra care and attention into places in the home that offer privacy, letting them act as retreats from the rest of the living space. Thinking beyond a room's most basic function in this way can open up opportunities to create calming, restorative environments in less traditional spaces.

As designers, we have a tremendous opportunity to alleviate trauma by creating healing spaces for our clients while implementing a warm, understanding, and inclusive design process. We may never know or see our clients' struggles, but we can approach each project with empathy, compassion, and practical design knowledge to address their needs. As gratifying as having our clients appreciate our work, it is even more gratifying to know that we can make a tangible difference in their health and happiness.

Sarah Barnard is a WELL and LEED accredited designer and creator of environments that support mental, physical and emotional wellbeing. She creates highly personalized, restorative spaces that are deeply connected to art and the preservation of the environment. An advocate for consciousness, inclusivity, and compassion in the creative process, Sarah’s work has been recognized by Architectural Digest, Elle Décor, Real Simple, HGTV and many other publications. In 2017 Sarah was recognized as a “Ones to Watch” Scholar by the American Society of Interior Designers (ASID).

Sarah Barnard is a WELL and LEED accredited designer and creator of environments that support mental, physical and emotional wellbeing. She creates highly personalized, restorative spaces that are deeply connected to art and the preservation of the environment. An advocate for consciousness, inclusivity, and compassion in the creative process, Sarah’s work has been recognized by Architectural Digest, Elle Décor, Real Simple, HGTV and many other publications. In 2017 Sarah was recognized as a “Ones to Watch” Scholar by the American Society of Interior Designers (ASID).